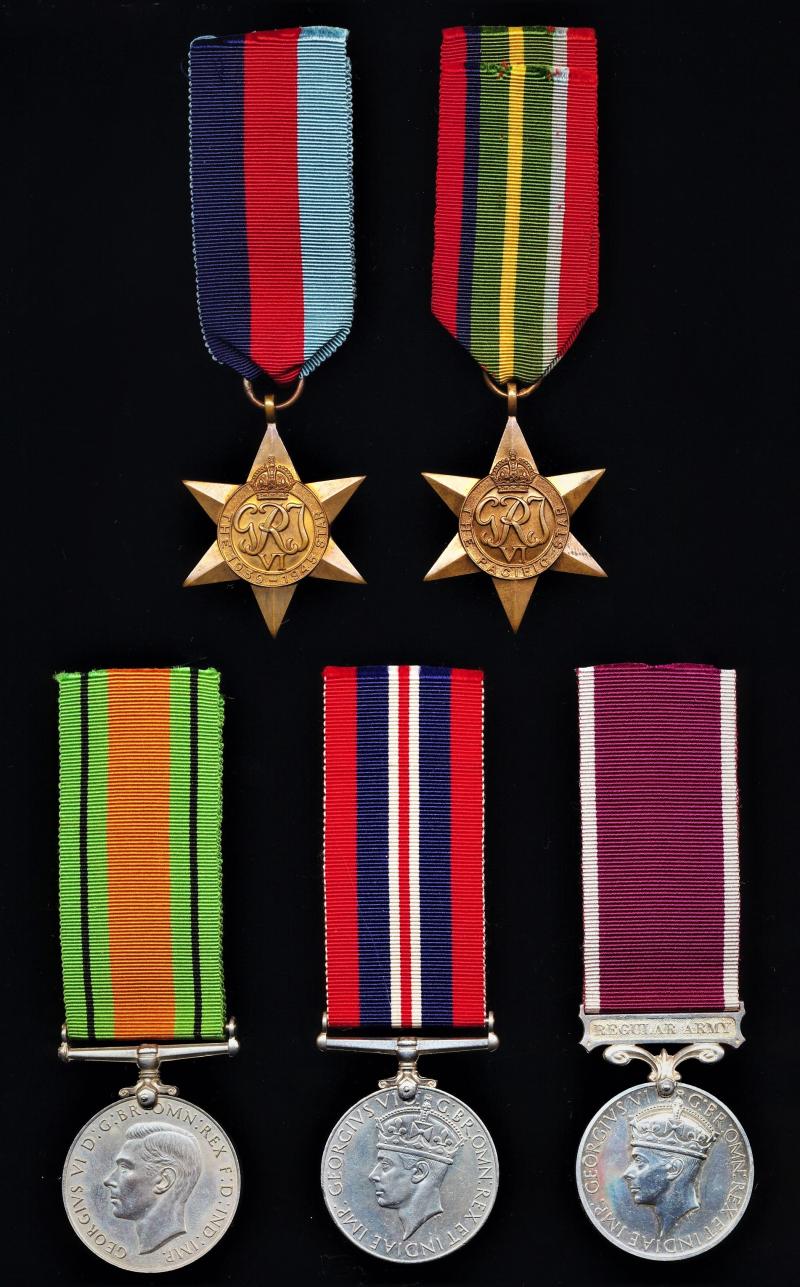 Charles William Standen, son of Stephen Charles Standen (a Stove Grate Maker) & Sarah Anne Standen (nee Walker), was a native of, London, England, where he was born on, 20 October 1905 (baptized on, 19 November 1905. His notified next of kin on his Japanese POW Card (held and accessible at The National Archives) was his mother, who in 1941, was living at, 12 Denmark Road, London. N.1. Charles enlisted in the British Army on, 20 April 1926, at which time he was posted to the Royal Engineers (his unique Army Number being in the block allocated to the Royal Engineers). Extant service cards held and accessible at The National Archives show that, Charles had taken his 'first' discharge from the British Army on 19 August 1932, having earlier been transferred to the Army Reserve on 19 April 1932, at the time of his first discharge, he was a Pioneer (Instrument Maker). Charles subsequently re-enlisted in the British Army, being posted to the Royal Army Ordnance Corps, with which unit he was serving in Hong Kong Colony at the start of the Pacific War, 8 December 1941. In December 1941, the R.A.O.C. unit in Hong Kong mustered an estimated 15 x Officers & 117 x Other Ranks. He was captured by the Japanese at Stanley, Hong Kong island, on 25 December 1941. After his capture at the fall of Hong Kong Colony, he was held in the below following POW camps:

Charles had been transported from Hong Kong to Japan, as a member of the 5th Transportation that occurred in December 1943. At the time of his liberation from incarceration as a Prisoner-of-War, he was located at Nagoya, Japan. at 'Liberation; he gave his home address as, 12 Dewey Road, Islington, London, N.1., England. Prior to taking his final discharge from the British Army, Charles had been transferred to the Royal Mechanical and Electrical Engineers. or, R.E.M.E., with which unit he was awarded his Military Long Service and Good Conduct Medal. Charles Willam Standen is recorded as having died at, Colchester, Essex, England, on,.4 September 1980